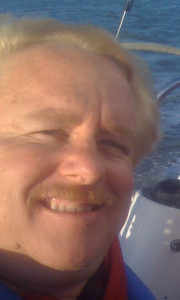 I am a married father of five living in the central valley of California. I have worked in the restaurant industry most of my life, often at two restaurants simultaneously. I have washed dishes, bussed tables, waited tables, bartended, cooked, hosted, been a chef and managed restaurants of all kinds including fast food, fine dining, company cafes and catering. I am very familiar with California labor laws and hiring practices including e-verify and the I-9 hiring forms with all their compliant ID formats. I have hired thousands of people from all over the world with almost every immigration visa and status possible. My wife is from Mexico and I am fluent in English and Spanish.

Some of my Projects:

Dr Midi- A Midi consultant. I gave MIDI (Musical Instrument Digital Interface) seminars at large retail outlets such as: Guitar Center; Guitar Showcase; Sears; Egghead Software; Frys Electronics and others. I demonstrated computer software that interfaced with digital keyboards and guitars. I also wrote articles for “the Showcase Times” and contracted out my services to help people design and use their own digital musical gear at their home or business.

DiCarta- I worked for a contract management software company where I was Executive Assistant to 6 Vice Presidents. (yikes) I also worked on a marketing campaign in my spare time. It compared Contract management in organized crime to current contract management difficulties and described various consequences with non-compliance, but it was never picked up. I liked it, but my graphics skills were very young.

Alpha Delta Delta- I have a son with ADHD and like all such parents was forced to learn how to deal with their short attention spans, impulsive nature and devastated self-image issues. I created a t-shirt  line of clothing for kids with ADHD. I called it “Hyper-Activewear” This clothing line told the kids they were better than normal and helped them recover lost self-esteem due to peer bullying. It also had the benefit of reminding parents and teachers how best to work with their challenging little charges. You can still buy these shirts today, and they are still as effective as ever.

Origami-Mail- I had a relative that is diagnosed with Cancer and I was at a loss for what to do. I desperately wanted to tell her I loved her and was there for her, but the usual presents such as cards or flowers seemed too understated for how much I wanted to show I cared. I came up with Origami-Mail. I printed some heartfelt messages and jokes to help with mood when Chemo wreaks its damage, then I folded these messages into flowers and gave them to her. Whenever she was feeling low she could open a flower and read my messages. Much better than cards or flowers. Really a personal combination of both. You can make up your own bouquet of smiles today at Origami-mail.us